Our Hello Possum campaign carries on as we continue raising money for the Australian Wildlife Conservancy through our Hello Possum jumper sales, and spread awareness for all native Australian wildlife with weekly interviews and blogs from inspiring individuals and groups.

This week we chat with Sharon from WILVOS (Wildlife Volunteers Association Inc) one of Queensland’s longest running wildlife rescue organisations.

WILVOS started back in 1986 when an increase of development commenced around the Sunshine Coast that in turn created a surge of injured, sick and orphaned animals. WILVOS volunteers provide rescue, rehabilitation and release services to injured, orphaned and distressed native animals. They have a 24 hour hotline so there’s always someone available to assist.

We really loved chatting with Sharon and her little friend Peach, a swamp wallaby who’s currently in Sharon’s care. 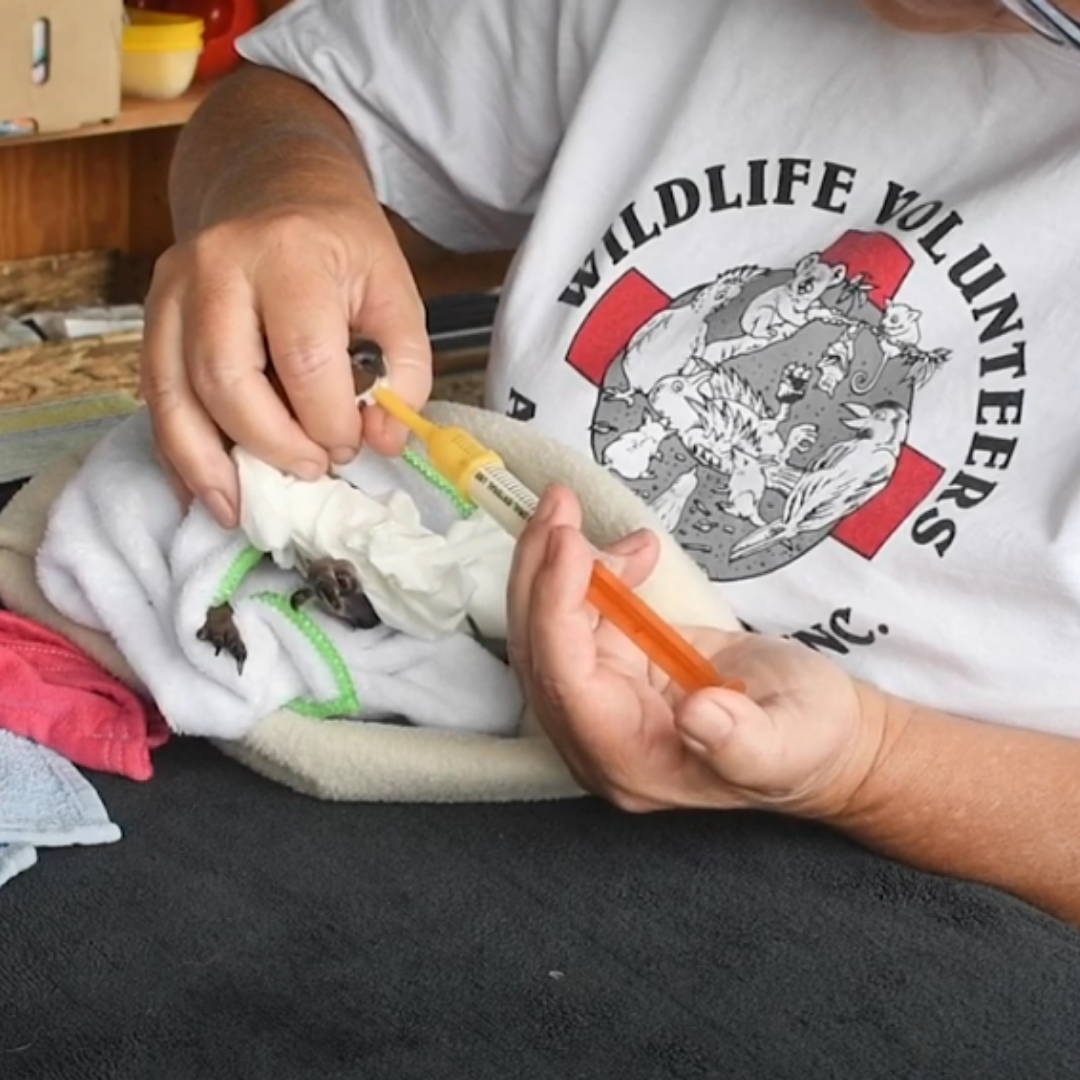 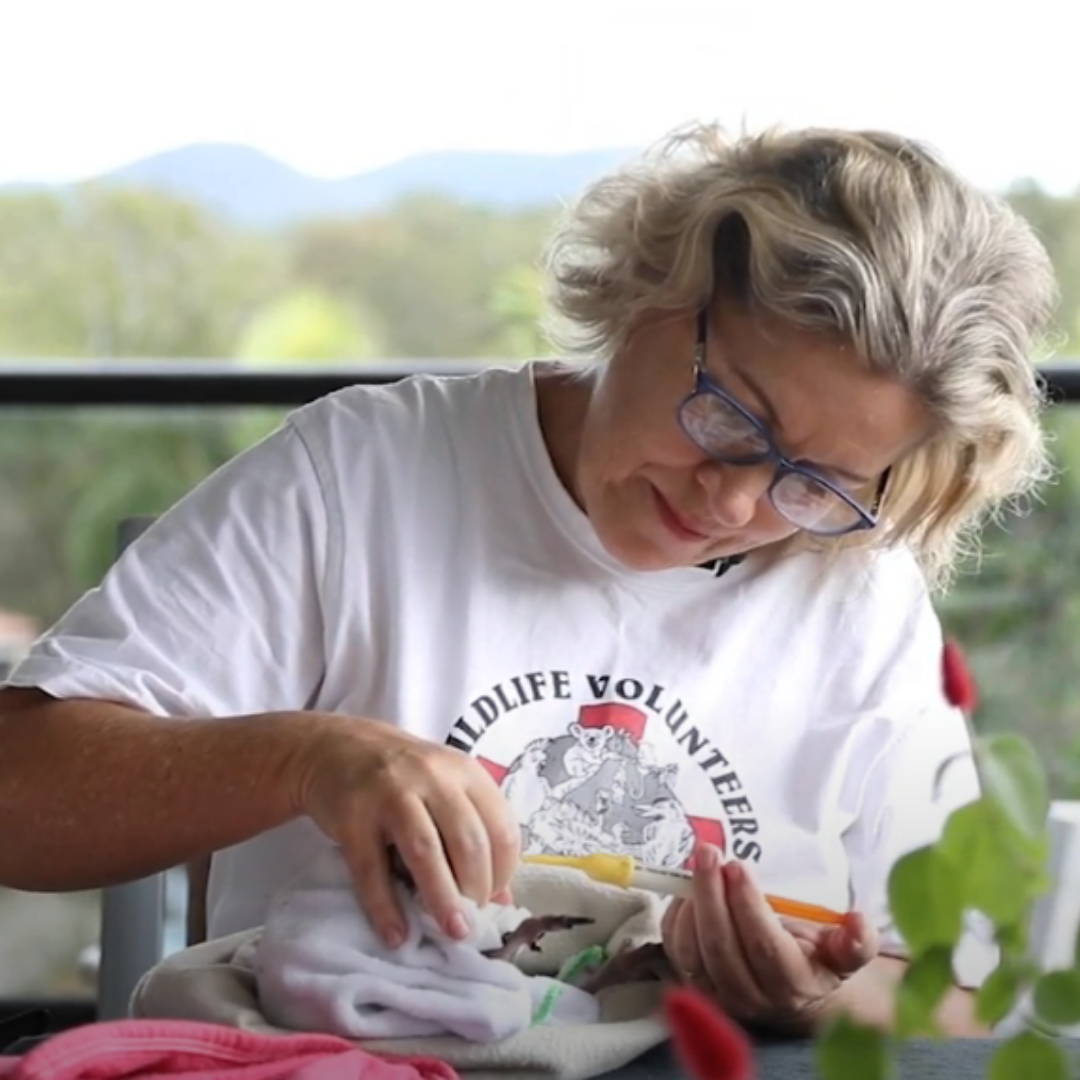 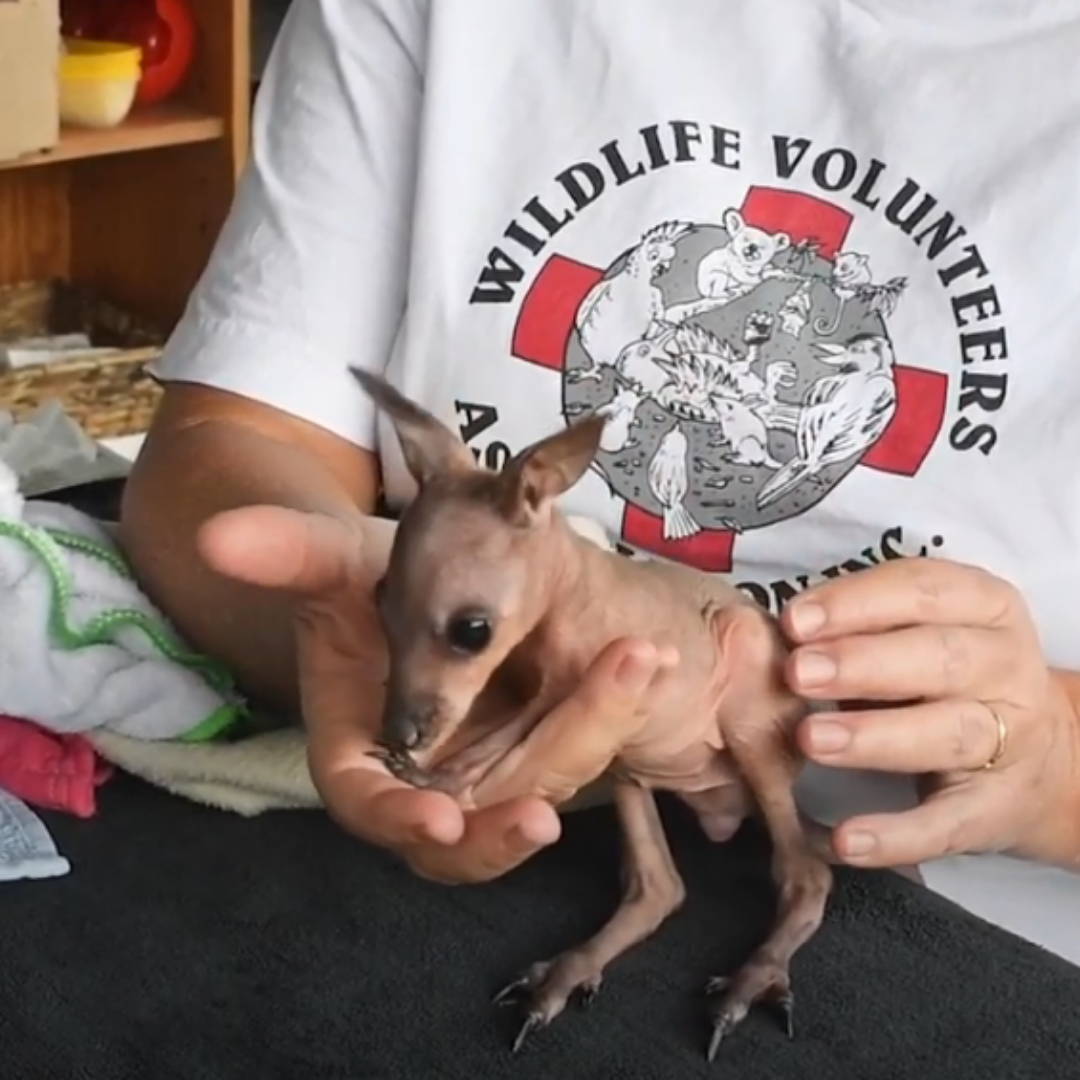 Firstly, can you please tell the BOOM community a little about yourself and your passion for Australian wildlife?

Hi, my name is Sharon and I'm a member of a wildlife group called WILVOS who have been on the Sunshine Coast for over 35 years.  We rescue, rehabilitate and release native animals, and we have a 24-hour hotline that is operated by a huge number of volunteers so there'll always be someone to answer the call day and night.

I've always had a passion for our unique wildlife in Australia. They're beautiful creatures and as I've learned more about them, I can see that they're under so much stress just from the impacts of humans. Things like loss of habitat, motor vehicle accidents, and natural disasters, like the bush fires we had a couple of years ago here on the coast which was just awful because it was such a ferocious fire, it just wiped out everything.

There was probably a few animals that could escape, like kangaroos and wallabies, as they can outrun the fire, but animals like echidnas, snakes, lizards and koalas, they just don't stand a chance and they were just annihilated.

The problem with bushfires is not just that initial fire, but afterwards the animals that did escape return to their home area and their habitats are gone. They’re burnt out and there's no food there, so they've got nothing to come back to. Then often they'll go onto another area which is already previously occupied by other animals and some of them can be very territorial so that puts a strain on food resources and you get all sorts of problems from that.

What can people do to help protect Australian wildlife?

It'd be really good if people were aware of nature more and aware of their impact on nature, particularly with domestic pets. Locking your cat or dog up at night and not letting them roam around is a big one. Also slowing down on the roads particularly at those crucial times between dusk and dawn when a lot of wildlife, being nocturnal, are moving around looking for food.

If anyone does find an injured animal or and animal in distress, please phone us! Or call your local wildlife rescuer depending where you are. WILVOS has a 24-hour hotline so there'll always be someone to answer the phone.

Should you check the pouch of a native animal that has been hit by a car?

Definitely with marsupial species but only if it's safe to do so. Often possums will be hit in the middle of the Sunshine Motorway, or a busy road, and it's not safe to stop and check. but if you can then please stop and have a look, that’s if you feel confident as a lot of people aren't sure where the pouch is or what a pouch is, so if you aren’t sure then please just ring our number and someone will come out and do it instead.

What conscious choices can we make to help our native wildlife?

There's little things you can do just in your garden alone which will make a difference. Planting native trees to attract native birds and generate food for them is a great start, and leaving big trees (especially natives) allows birds to nest in the hollows.  I have a big gum tree and often have Lorikeets nesting in there and Pale-headed Rosellas, it’s lovely.

So providing habitat for our species is very important step forward because it's amazing how many can easily adapt to Urban living.

Do you feel sad when the animals are released back into the wild after you’ve cared for them?

It's bittersweet because you hope that they're going to have a long healthy life and that you've done all you can to give them that chance. But you just don't know because you can’t go back and visit them and see if they're still there.  Once they're gone, they're gone. But then you just think it was a real privilege to have raised them and looked after them from whenever they came into your care.

Do you have to do extensive training to become a WILVO’s wildlife rescuer?

Yes, we have regular workshops with WILVOs to teach volunteers everything they need to know about the jobs on hand. We'll often have specialised workshops that focus on different wildlife; birds, possums, gliders, reptiles, things like that, because they all have their different needs.

You can find out more about WILVOS on the following links and don't forget to save the WILVOS hotline number in your phone.