Together, with the help of all of you wonderful people who purchased one of our fun Hello Possum jumpers, we raised $4,050 which will be donated to AWC and their endless projects working across 6.5 million hectares to rescue and rejuvenate endangered wildlife in Australia. 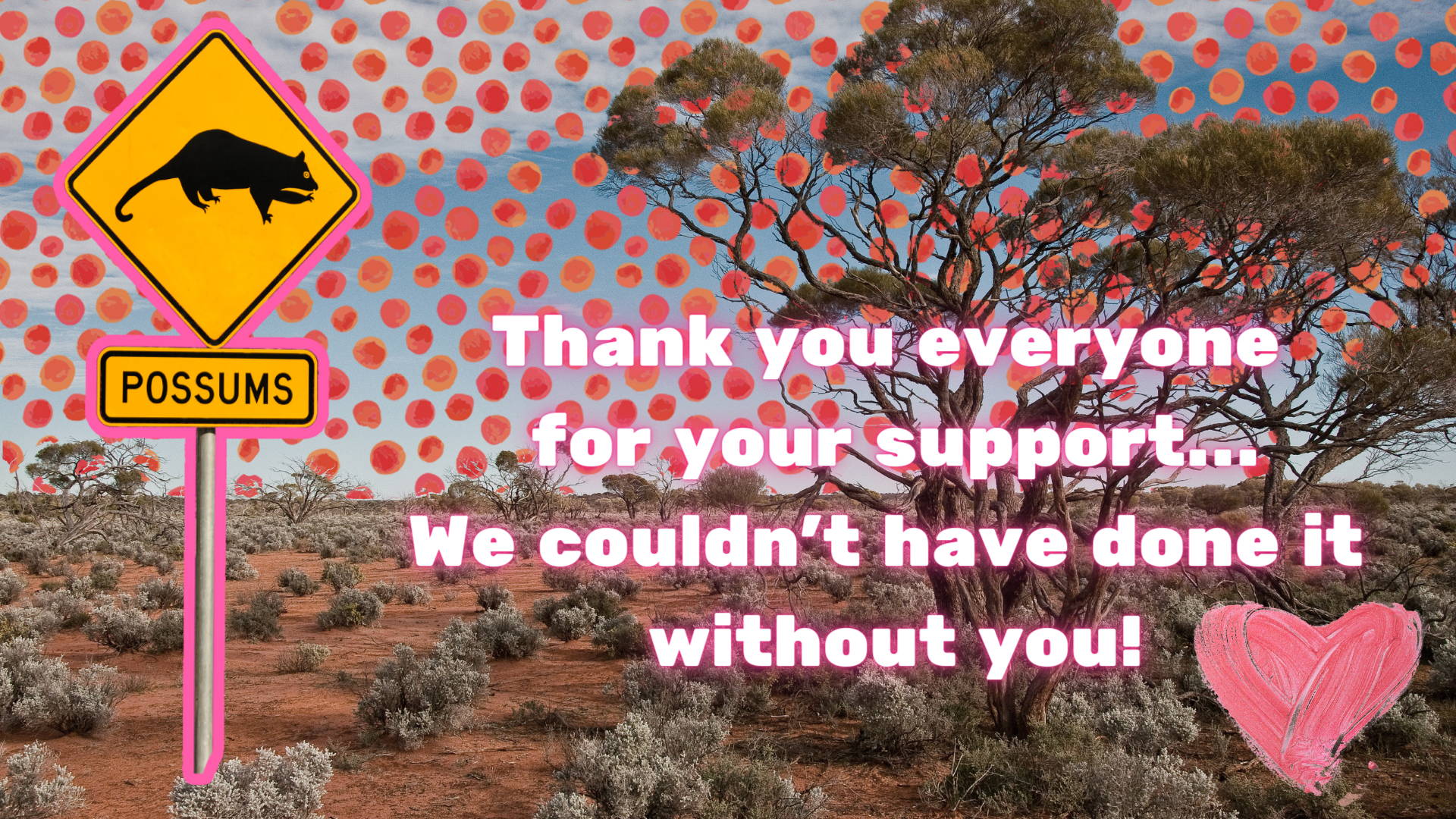 The Australian Wildlife Conservancy is the largest not for profit owner and manager of land for conservation in Australia and are responsible for the effective preservation of all native animal species across 6,500,000 hectares in Australia. This is achieved through several land and pest management projects, including the biggest network of feral cat and fox-free land on mainland Australia. Which has helped countless endangered species be successfully reintroduced to their former habitats. 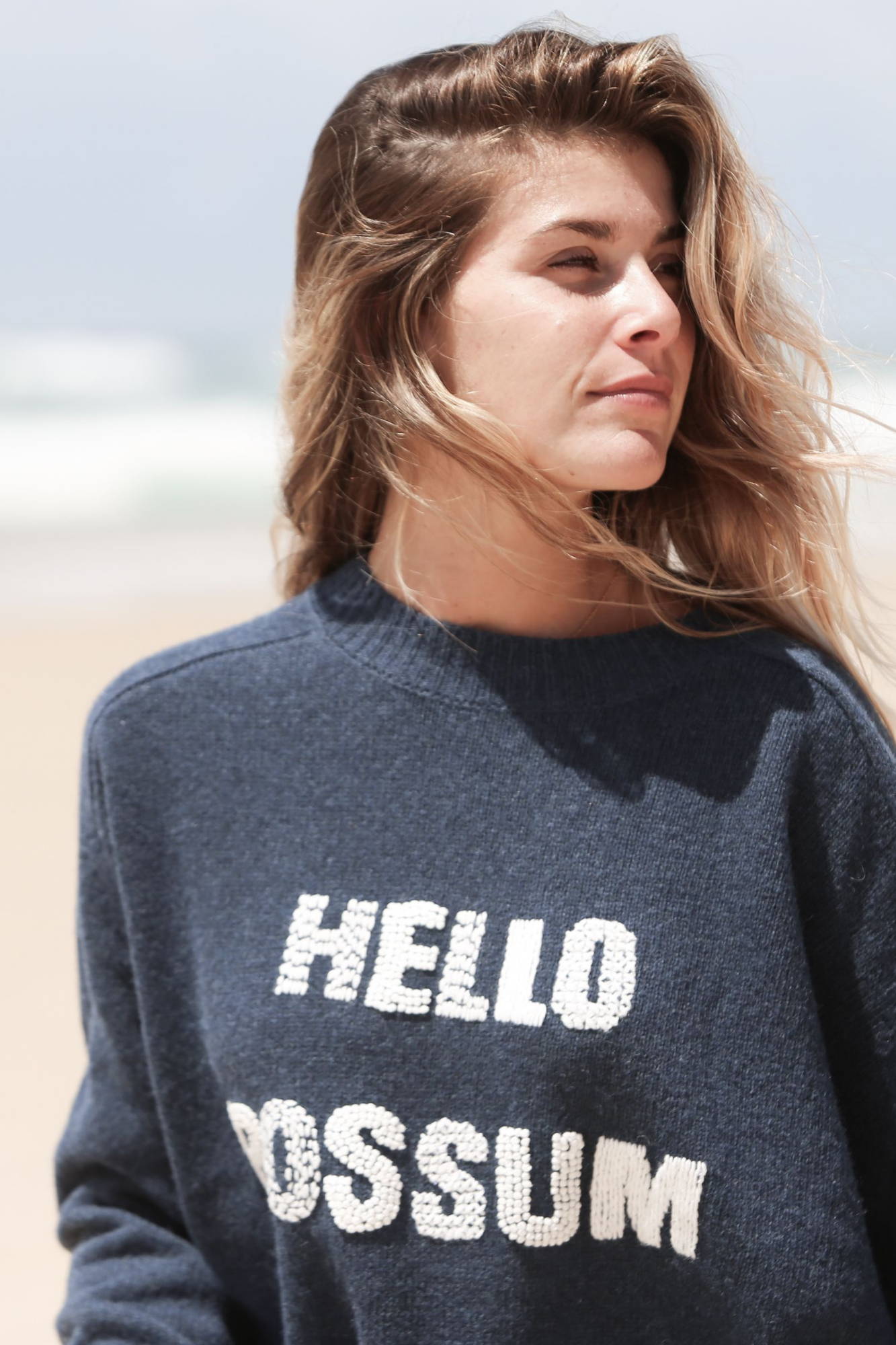 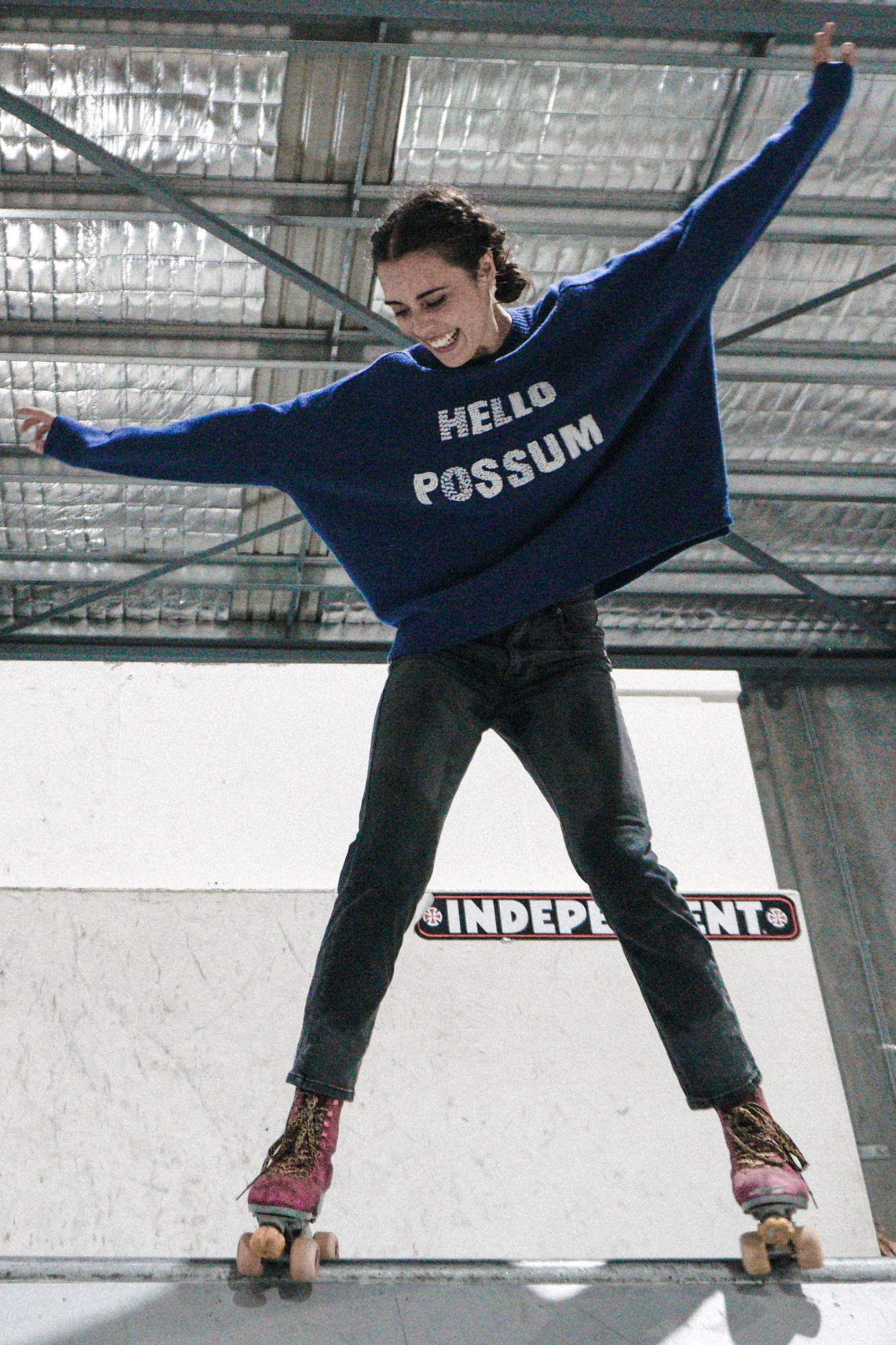 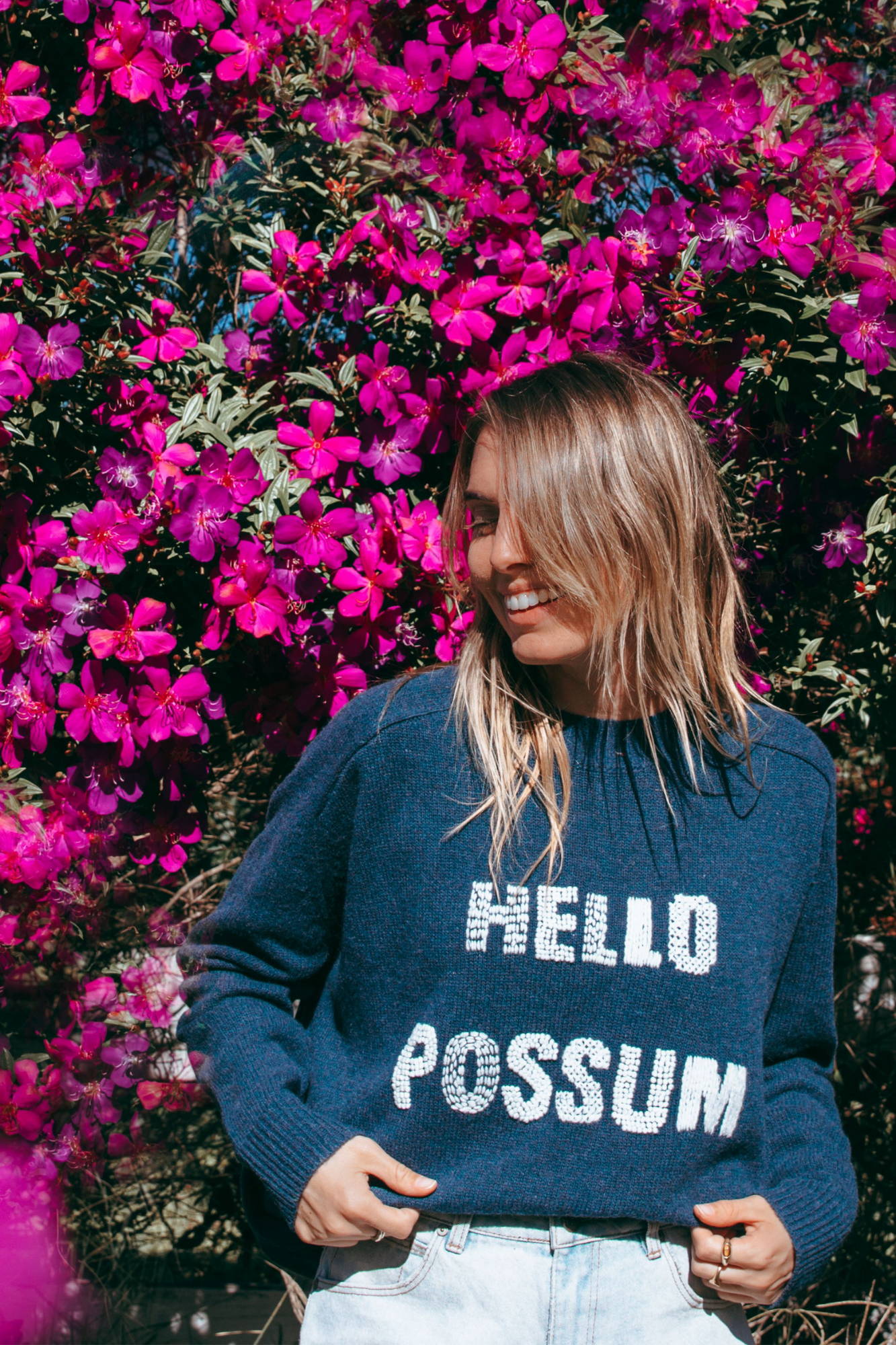 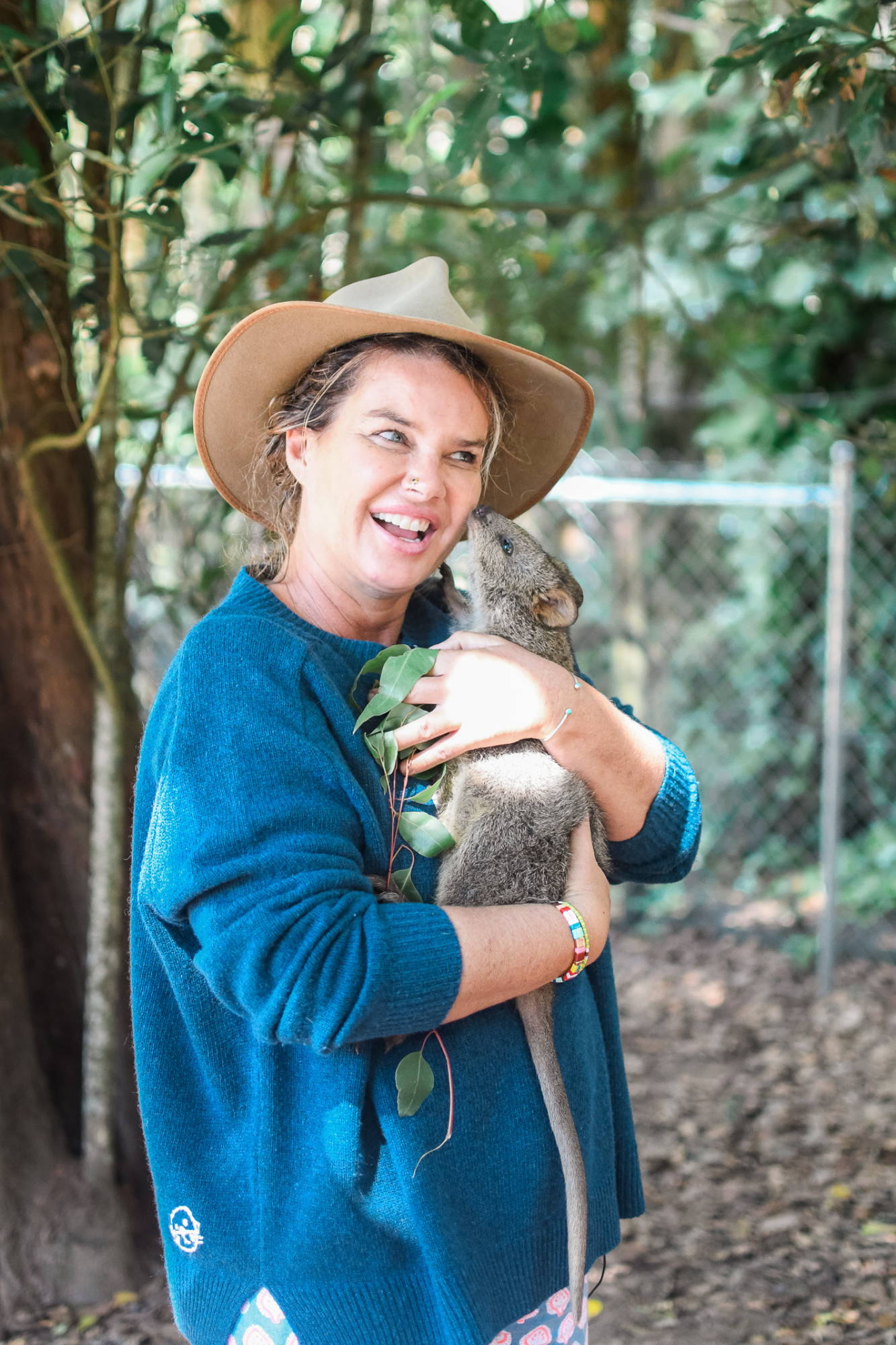 So I thought I’d take this opportunity to recap on some of the interviews we shared, raising awareness about the importance of our native Australian wildlife and plants, during our Hello Possum campaign…

First off there was the interview with Tim, the regional operations manager for Australian Wildlife Conservancy, when we visited him out at the Curramore Sanctuary. Tim is a wealth of knowledge when it comes to protecting our native wildlife and conserving their natural habitats.

Click HERE to read the blog on Tim from Australian Wildlife Conservancy, and/or watch the video below!

Then we spoke with Sharon from Wilvos, Wildlife Volunteers Association, and how she devotes her time volunteering to help rescue, rehabilitate and release wildlife back into nature. She also tells us about the small steps we can take to start caring for wildlife, and things we should do if we see animals threatened from sickness, natural disasters or in danger.

Click HERE to read the blog on Sharon from WILVOS, and/or watch the video below!

And lastly, we caught up with Tim from Coolum Community Native Nursery who informed us about why we should be planting native trees and species over introduced ones. Not only will they attract nature birds, bees and other wildlife, but they are made for the climate and environment they're from, so less maintenance! There's even native plants you can start growing on your balconies and indoor!

Click HERE to read the blog on Tim and the Coolum Community Nature Nursery, and/or watch the video below!

So THANK YOU from the bottom of our Boom Shankar hearts!

Assisting change in the world, and to all beings that occupy it, is our number one goal!