NAIDOC Week celebrates the history, culture and achievements of Aboriginal and Torres Strait Islander peoples. NAIDOC is celebrated not only by Indigenous communities, but by Australians from all walks of life.

NAIDOC stands for National Aborigines and Islanders Day Observance Committee. Its origins can be traced to the emergence of Aboriginal groups in the 1920′s which sought to increase awareness in the wider community of the status and treatment of Aboriginal and Torres Strait Islander Australians.

This week to celebrate NAIDOC week, we have put together a list of resources to help us all learn, educate and grow so that those affected can heal, and we can be more aware.

Books to help expand your knowledge... 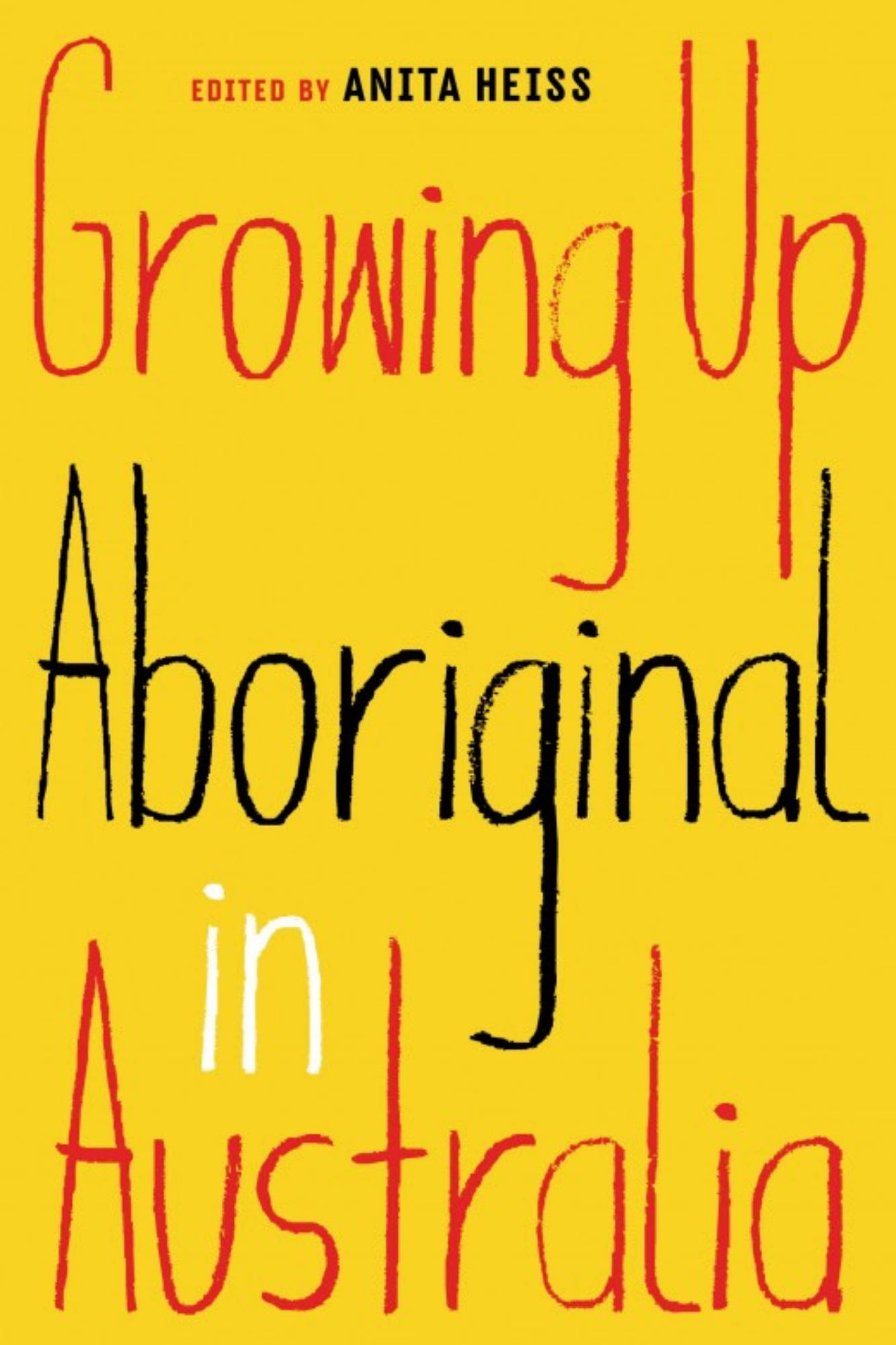 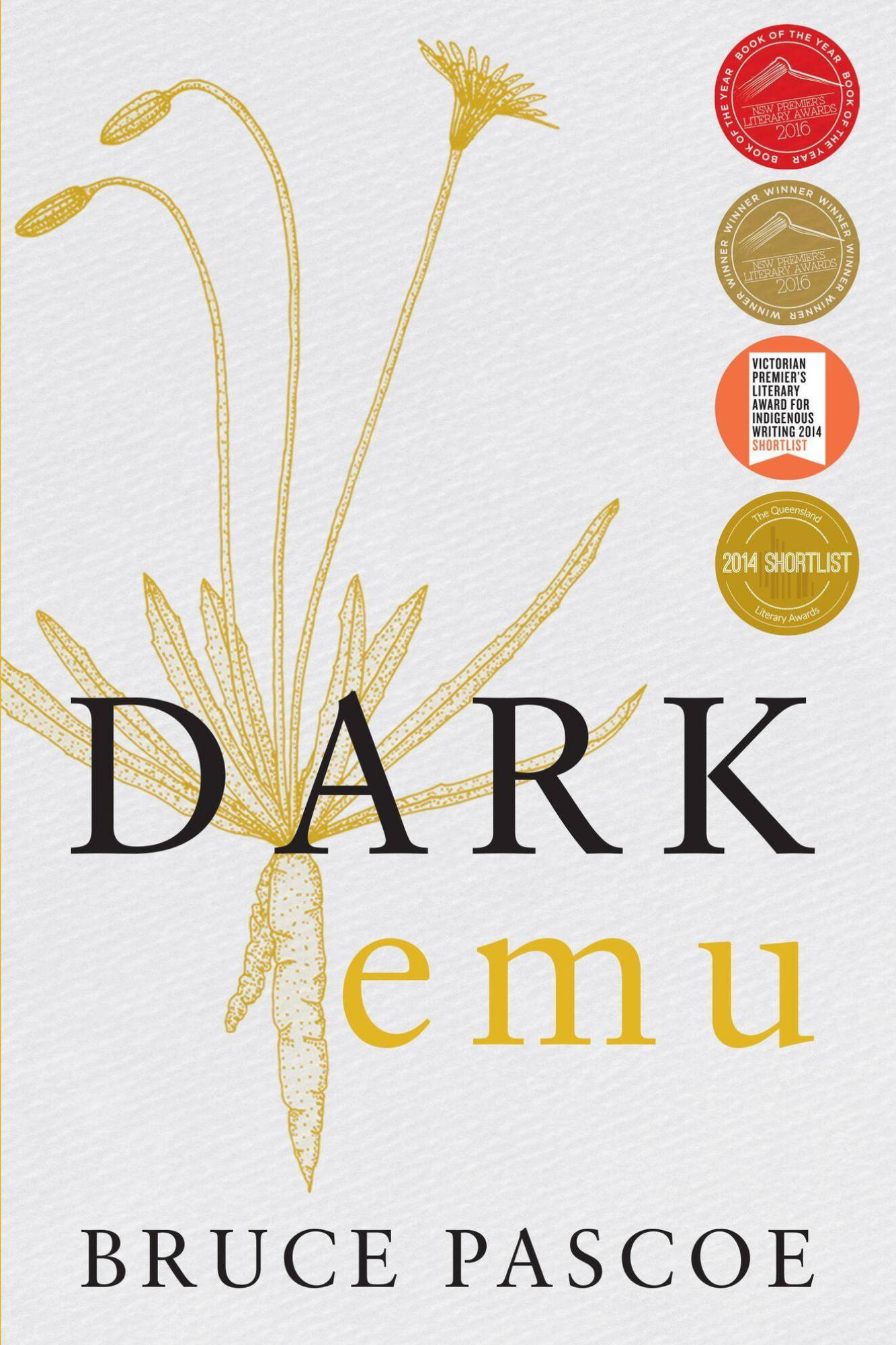 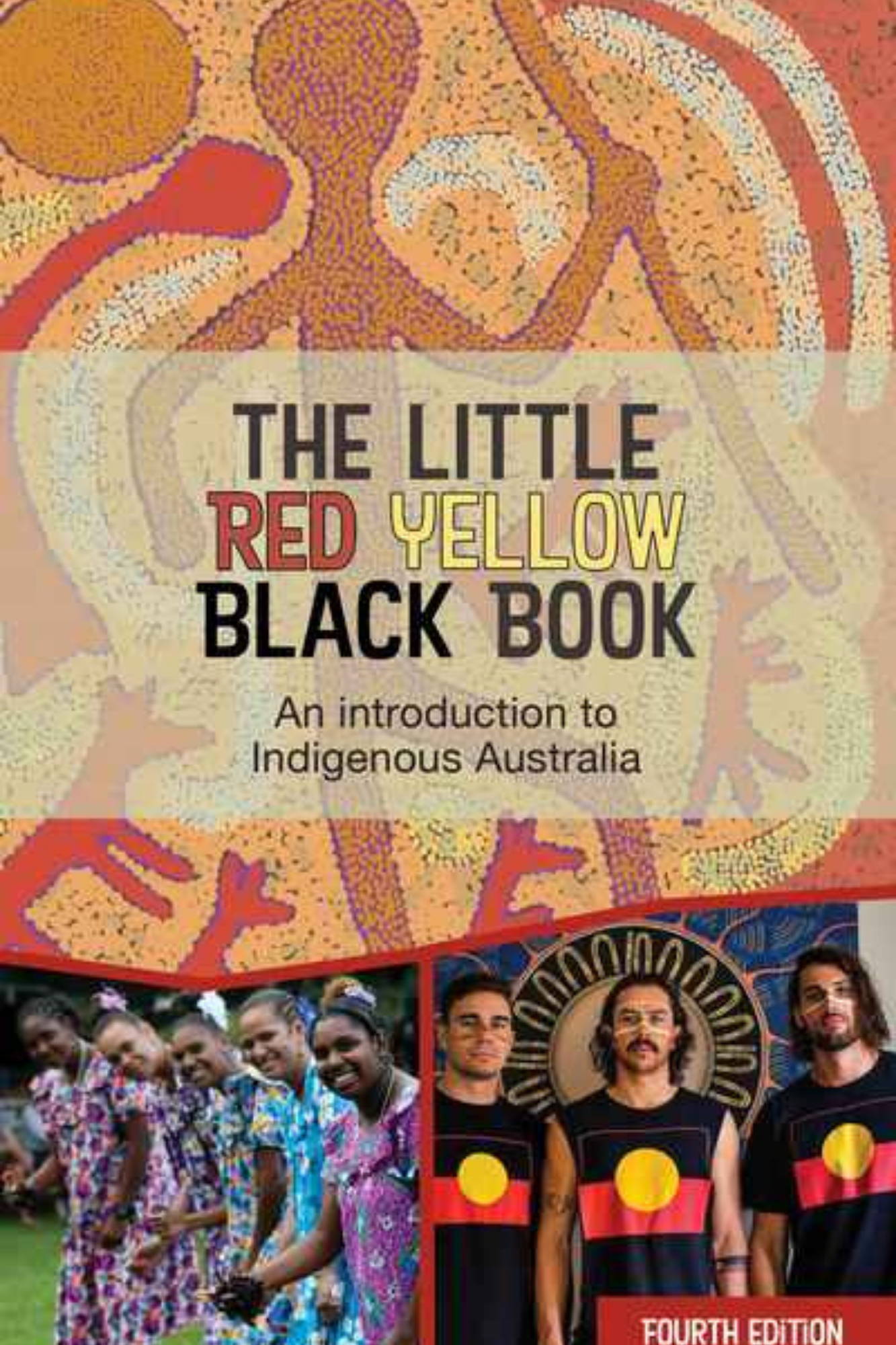 Growing Up Aboriginal in Australia by Anita Heiss

Childhood stories of family, country and belonging What is it like to grow up Aboriginal in Australia? This anthology, compiled by award-winning author Anita Heiss, showcases many diverse voices, experiences and stories in order to answer that question.

Accounts from well-known authors and high-profile identities sit alongside those from newly discovered writers of all ages. All of the contributors speak from the heart – sometimes calling for empathy, oftentimes challenging stereotypes, always demanding respect. This groundbreaking collection will enlighten, inspire and educate about the lives of Aboriginal people in Australia today.

‘Dark Emu injects a profound authenticity into the conversation about how we Australians understand our continent ... [It is] essential reading for anyone who wants to understand what Australia once was, or what it might yet be if we heed the lessons of long and sophisticated human occupation.’ Judges for 2016 NSW Premier’s Literary Awards

Originally published in 1994, The Little Red Yellow Black Book has established itself as the perfect starting point for those who want to learn about the rich cultures and histories of Australia's First Peoples. Written from an Indigenous perspective, this highly illustrated and accessible introduction covers a range of topics from history, culture and the Arts, through to activism and reconciliation.

In this fourth edition, readers will learn about some of the significant contributions that Aboriginal and Torres Strait Islander peoples have made, and continue to make, to the Australian nation. Common stereotypes will be challenged, and the many struggles and triumphs that we've experienced as we've navigated through our shared histories will be revealed.

Movies to help broaden your awareness... 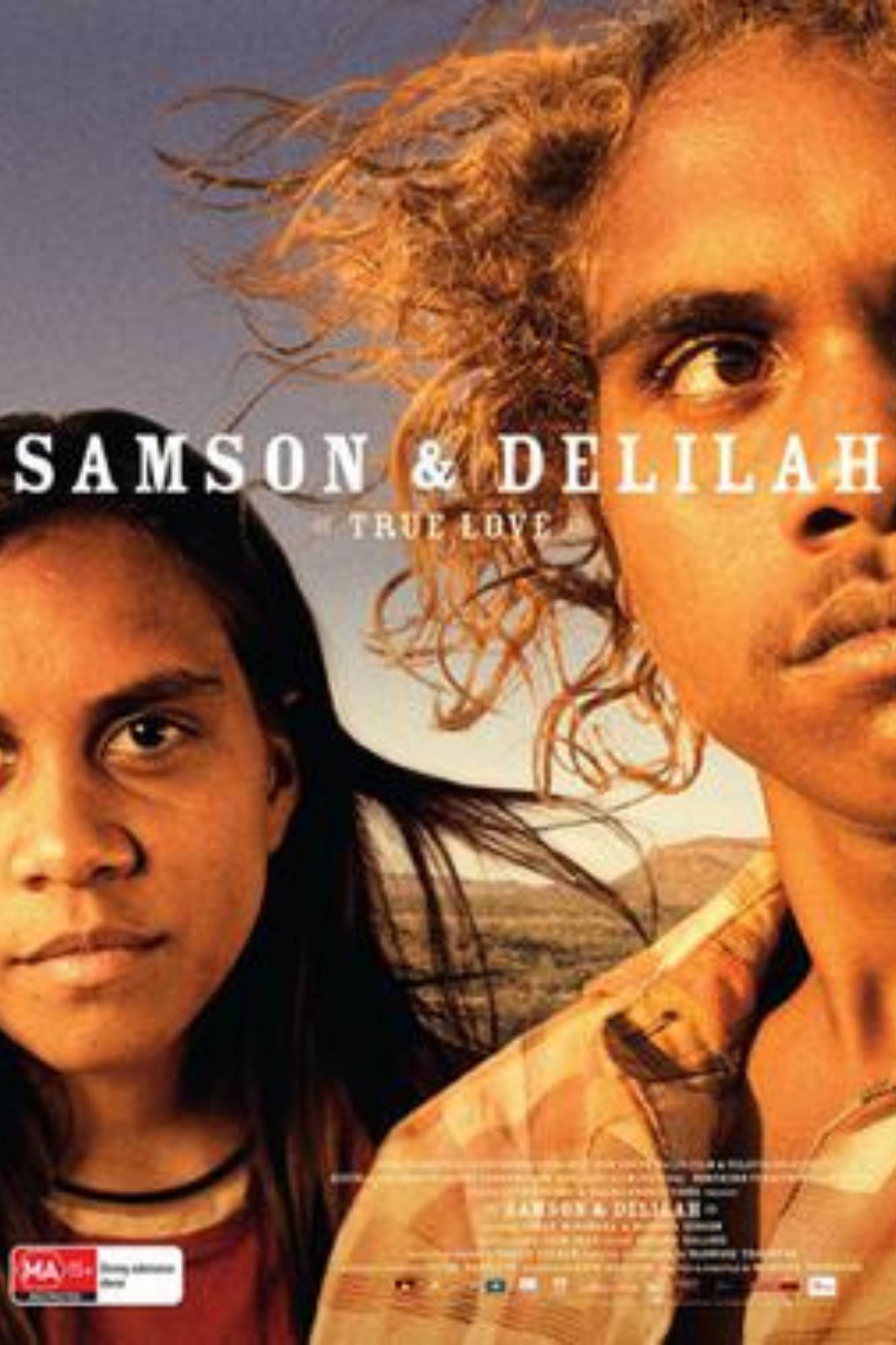 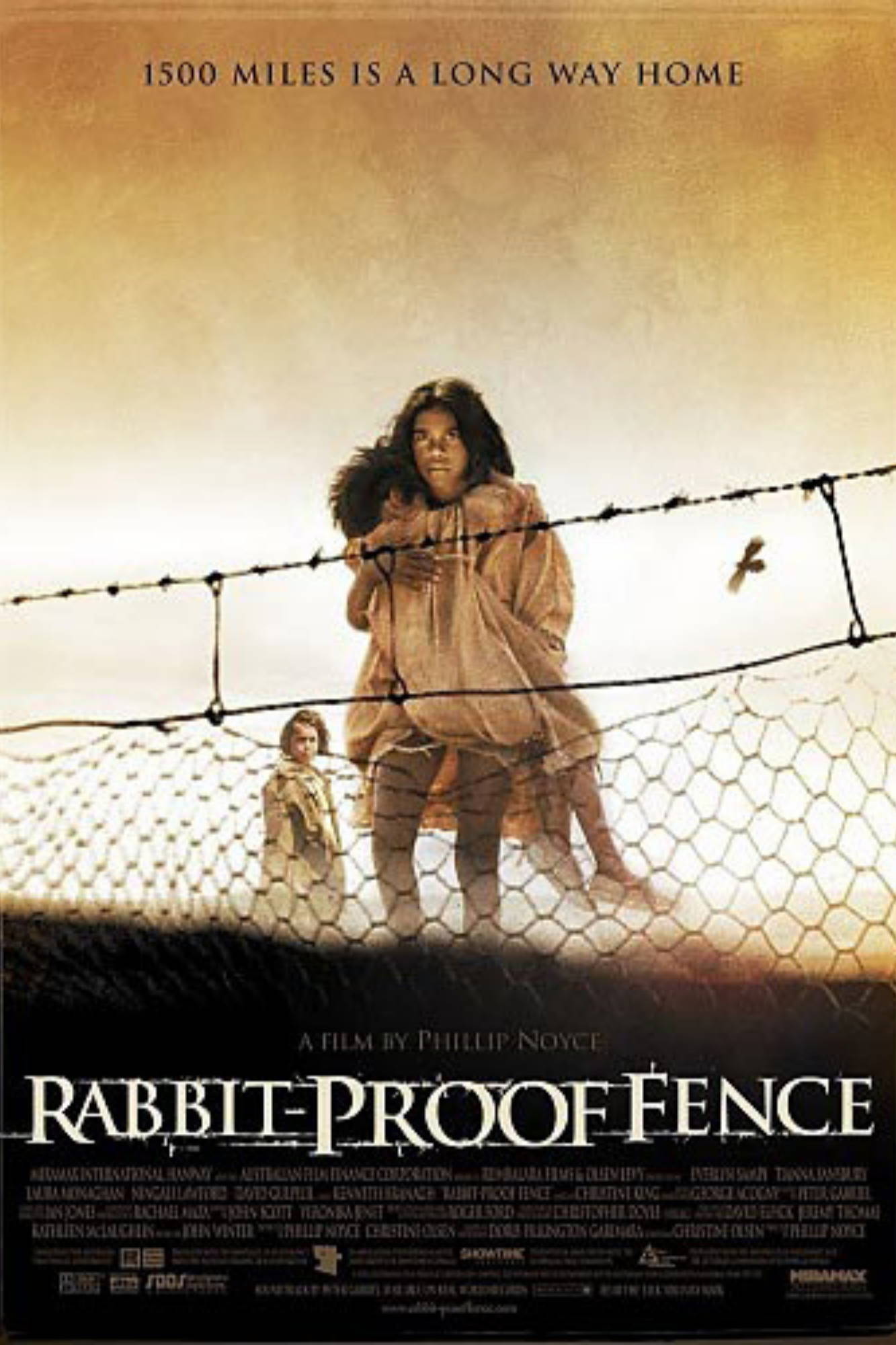 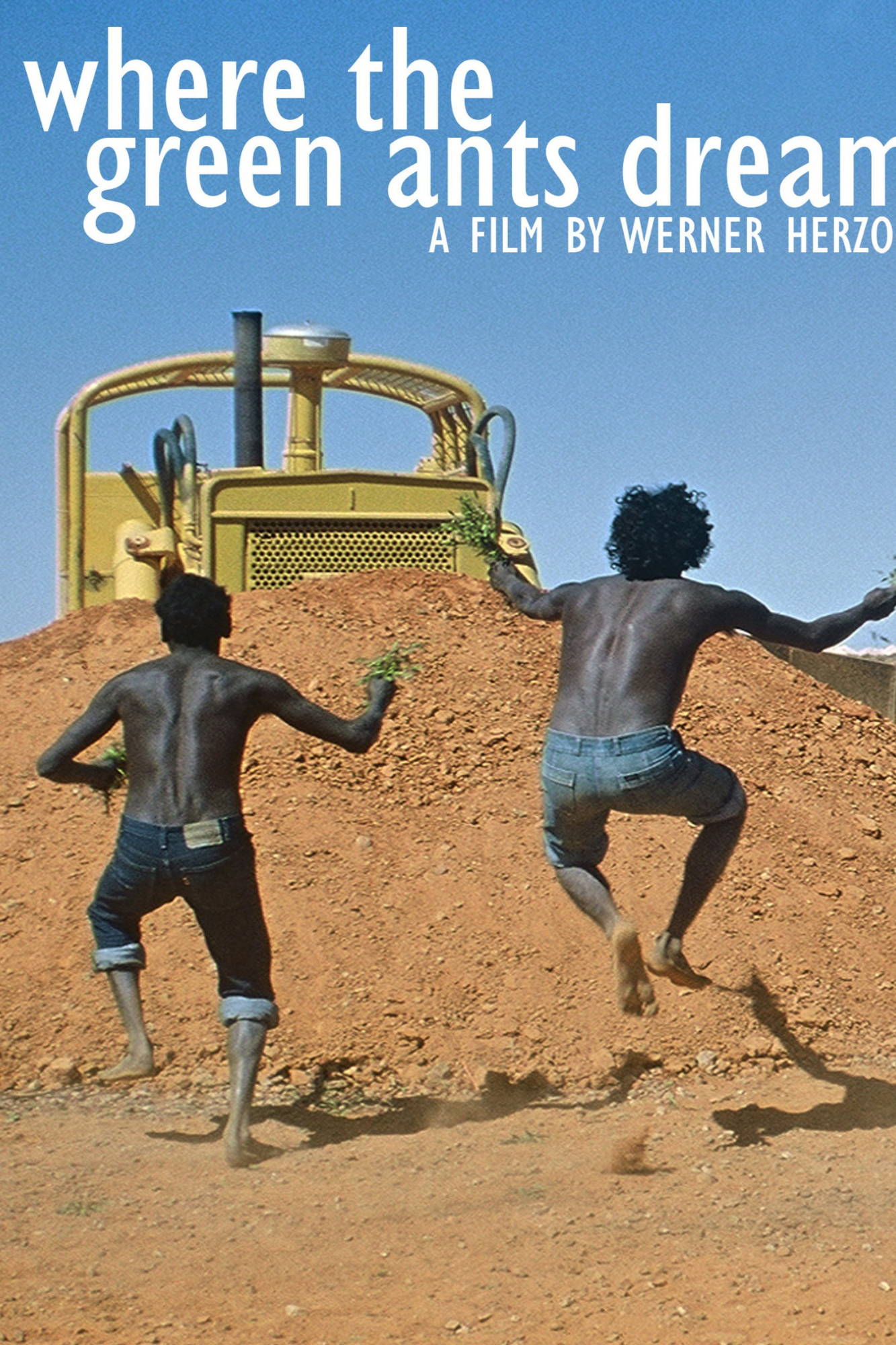 Described as a "survival love story" by the director, the film depicts two indigenous Australian 14-year-olds living in a remote Aboriginal community who steal a car and escape their difficult lives by going to Alice Springs.

Tells the true story of three aboriginal girls who are forcibly taken from their families in 1931 to be trained as domestic servants as part of an official Australian government policy. They make a daring escape and embark on an epic 1,500 mile journey to get back home - following the rabbit-proof fence that bisects the Australian continent - with the authorities in hot pursuit.

Where the Green Ants Dream

A surveying team led by Australian geologist Lance Hackett is setting off subterranean explosions deep in the outback, searching for possible uranium mining sites. Hackett's work is interrupted by Aborigines Miliritbi and Dayipu, who claim that green ants dream underneath this land, and, if the insects' slumbers are interrupted, the world will come to an end. The dispute between the two sides becomes both a court case and a philosophical debate.

Podcasts to inspire your mind... 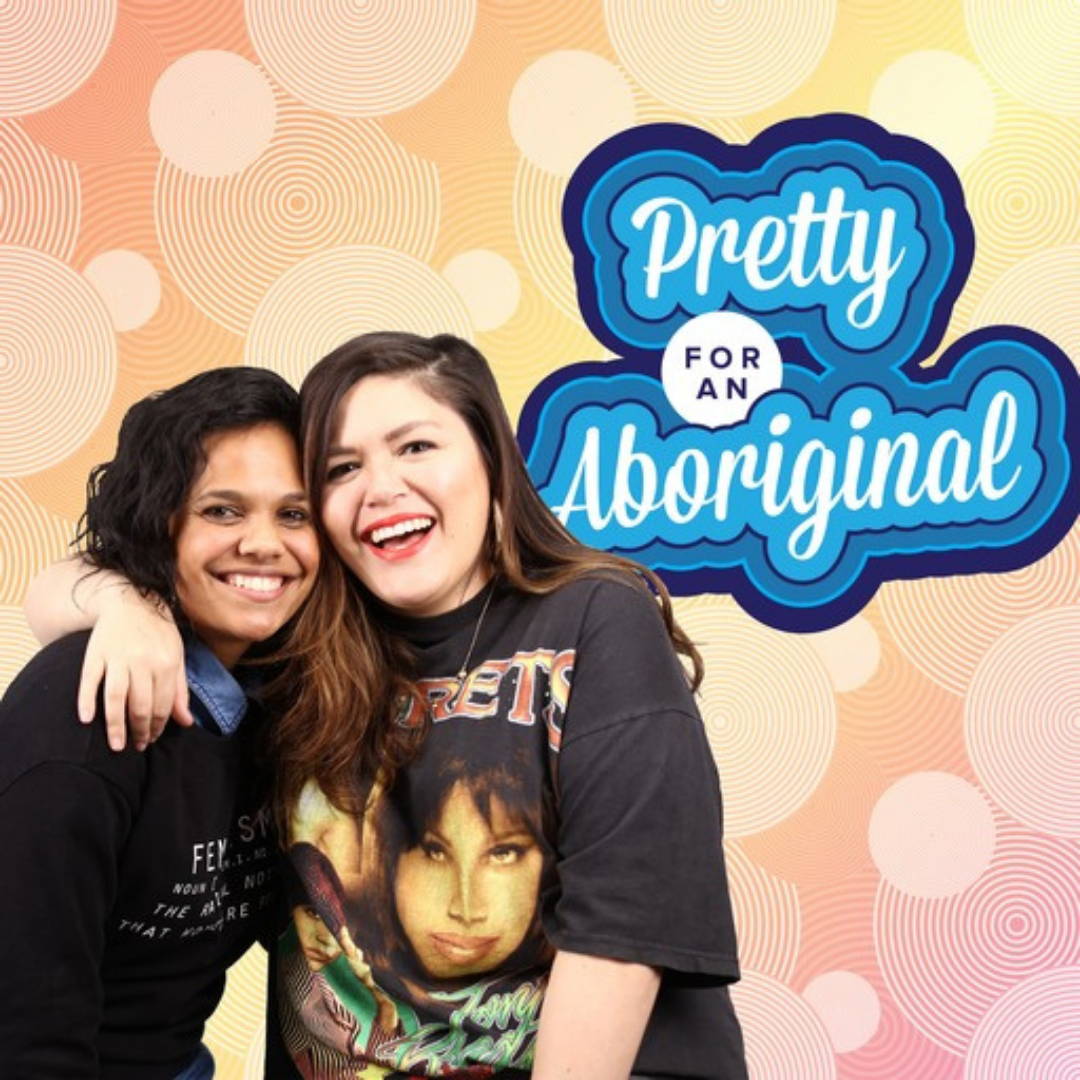 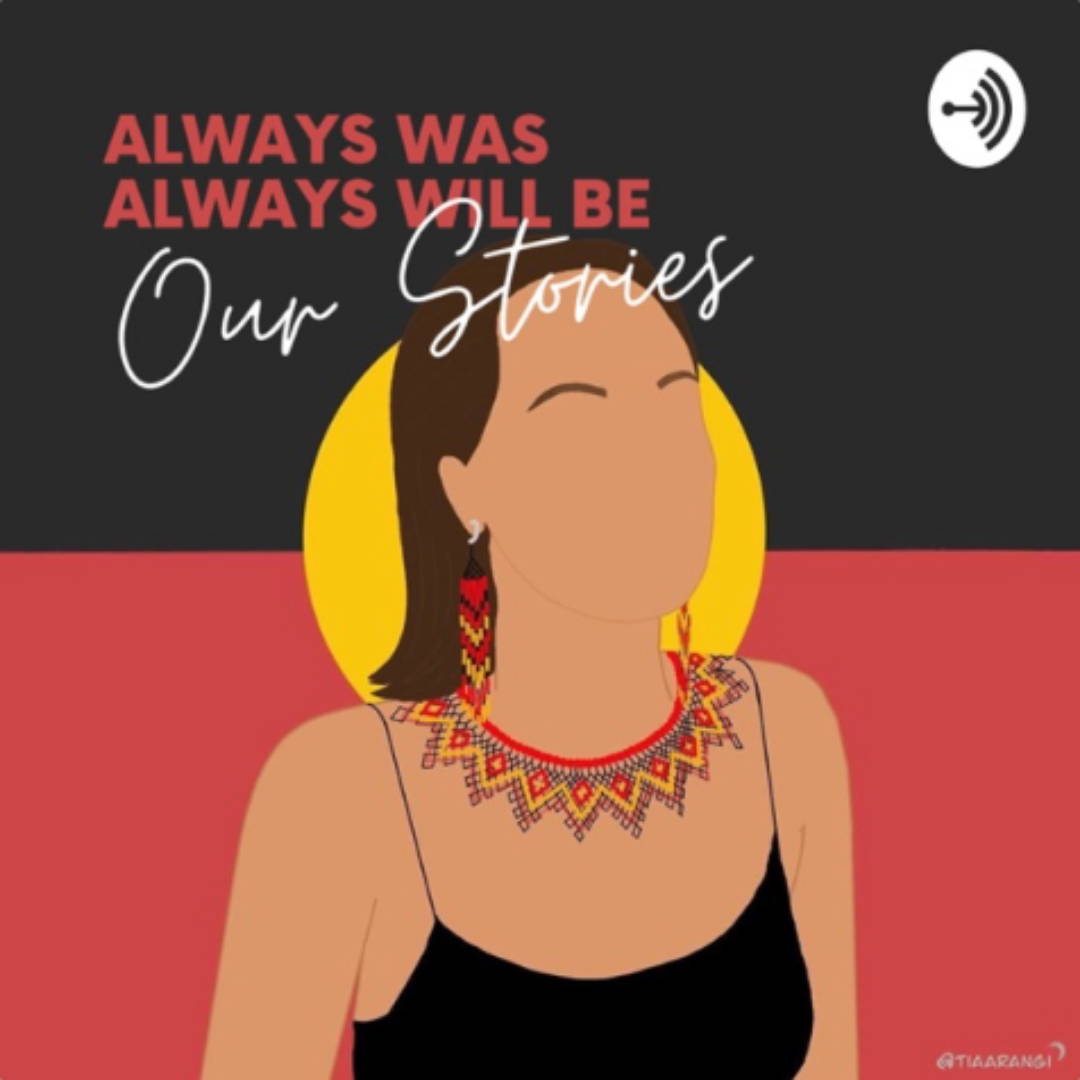 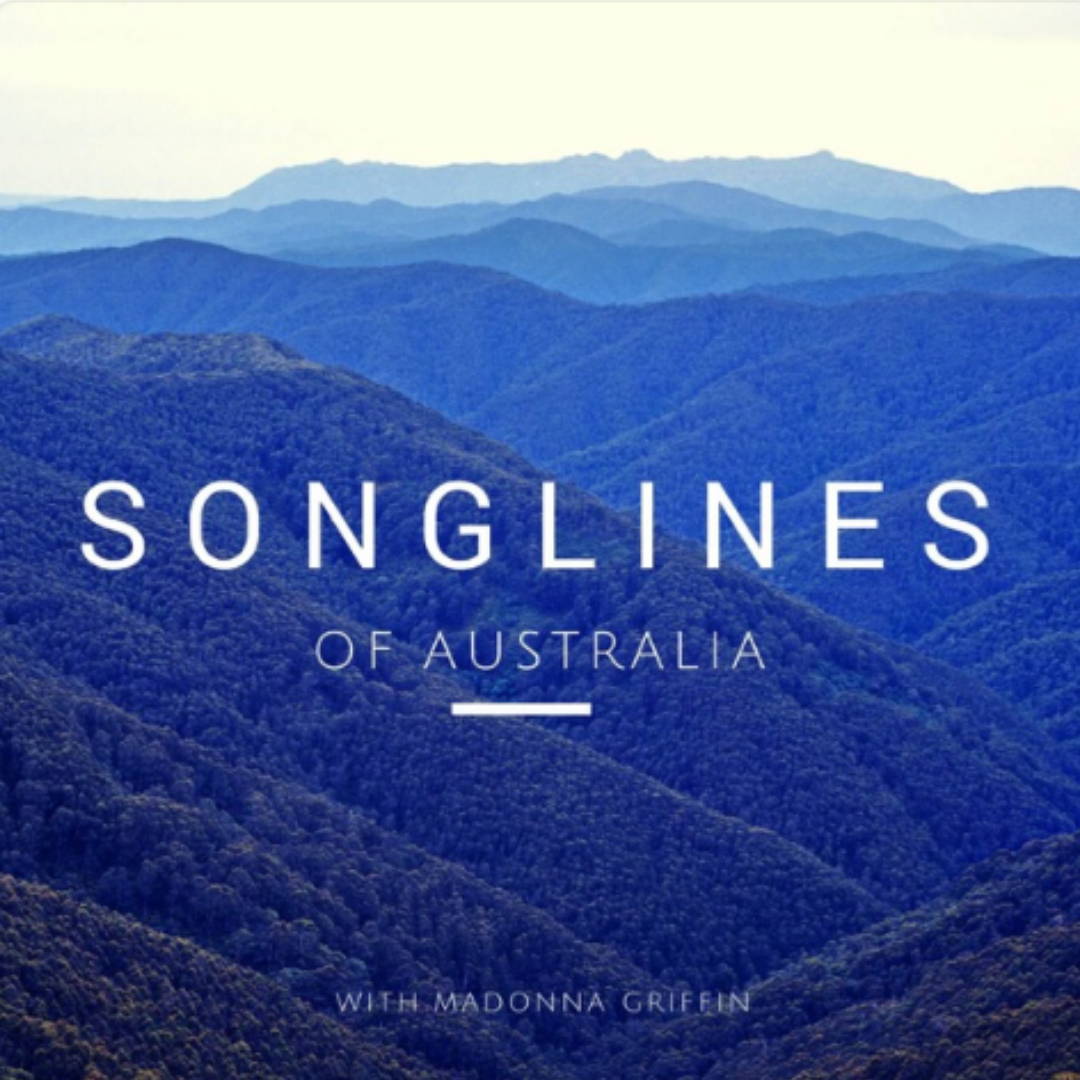 Pretty for an Aboriginal

Nakkiah Lui and Miranda Tapsell have the conversations Australia is uncomfortable having—about sex, relationships, dating, power, and, most difficult of all, race. More suited for older listeners. Also a great resource for non-Indigenous carers & workers to help with cultural awareness. Note: this podcast does use course language | LISTEN ON SPOTIFY

Always Was, Always Will Be. Our Stories.

To find out more about Naidoc Week, and other resources that can help expand your knowledge, check out the NAIDOC WEBSITE 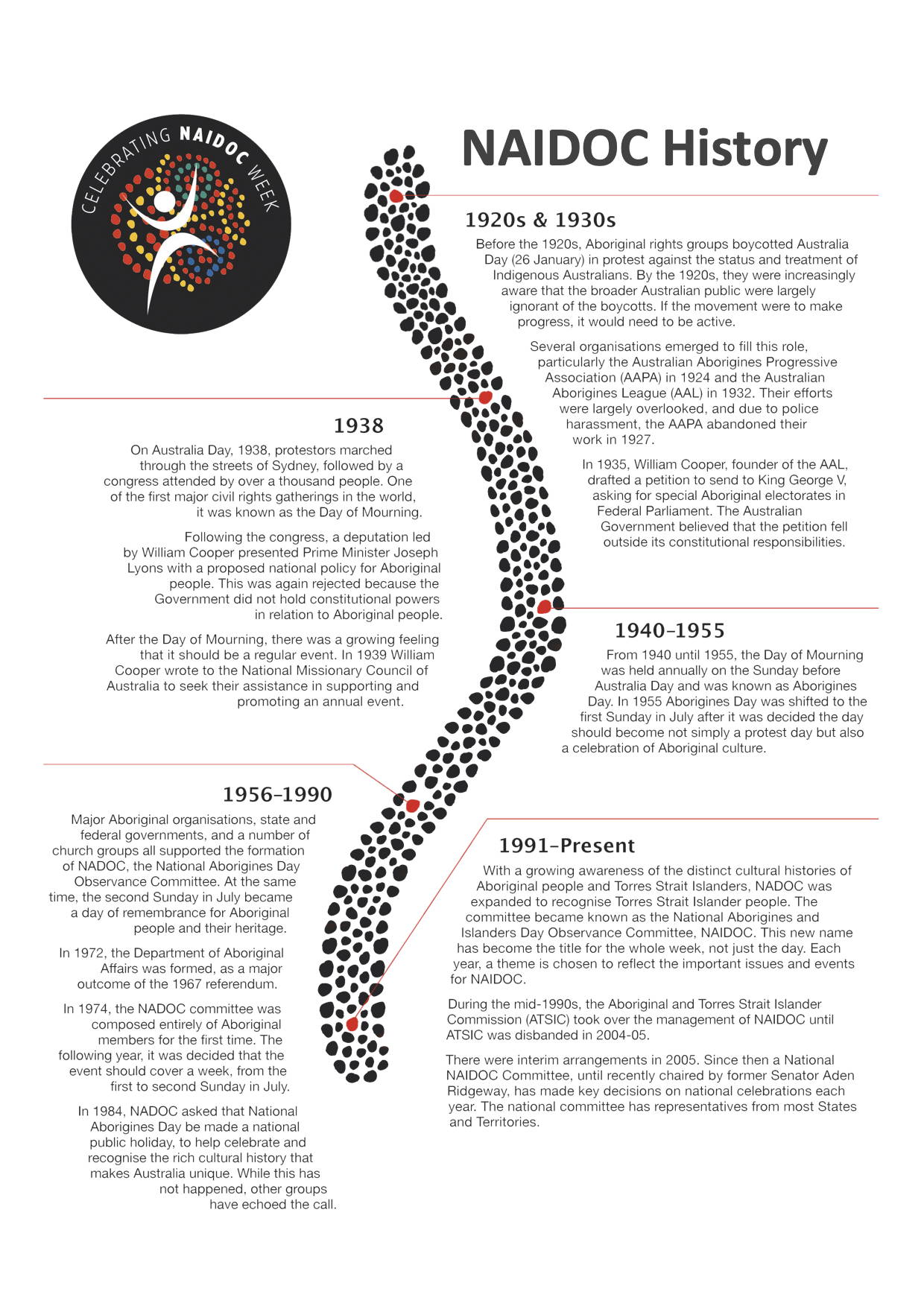